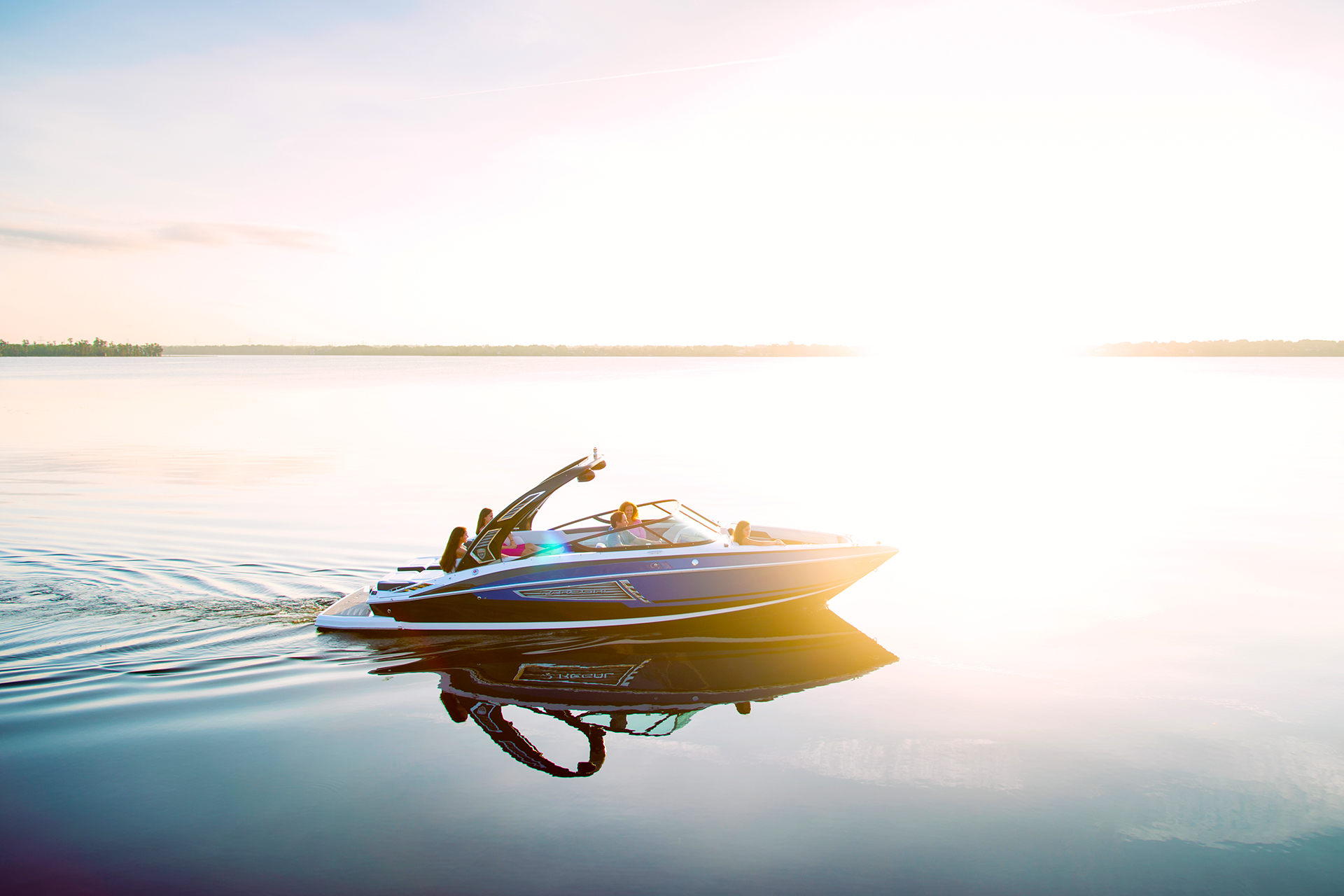 (Grand Rapids, Mich) – There’s no question, the Great Lakes State loves its boats! With more miles of freshwater coastline, 11,000-plus inland lakes and 36,000 miles of rivers and streams, there are plenty of waterways for boats of all shapes and sizes.

Michigan is also home to more than two dozen boat manufacturers which have built and maintained the state’s rich maritime history. Among those that will be on display at the 77th Annual Grand Rapids Boat Show, February 16-20 at DeVos Place in downtown Grand Rapids, include:

Crest Pontoons — Since 1957, Crest pontoons have brought tens of thousands of Crest owners a tremendous waterborne experience that is based on one driving principle: PONTOON EXCELLENCE. Every Crest pontoon contains the DNA that has defined and evolved our watercraft, this brand and company for more than five decades. The Owosso, Michigan headquarters and manufacturing campus has been located here since day one. This has allowed them to develop a highly experienced team in pontoon design, engineering, manufacturing, and business management. Find them in the Lakeside Motor Sports / Nelson’s Speed Shop booth #102 or Gull Lake Marine booth #116.

Four Winns — This brand began as the Saf-T-Mate Boat Company, producing fiberglass recreational boats in Cadillac in 1962. In 1975, the Winn Family – William Winn Sr., and his three sons (Charlie, William and John) – purchased the company and changed the name to…Four Winns. Today, the company which employees 500 people in central Michigan is owned by the French-based Beneteau Group—which touts itself as the world’s number one yacht builder. Find them in the Hall’s Sport Center booth #210.

Glastron — For over 60 years families and friends have been making memories on the most iconic boat on the water. Known for performance and its striking looks, Glastron is a tradition in many families. Owned by the French-based Beneteau Group, and manufactured in Cadillac, Michigan the team of 500 employees take pride in their work. Find them in the Skipper Buds display, booth #320.

Manitou Pontoons — Operating in Lansing since 1985, Manitou Pontoon Boats is considered an industry leader in the manufacture of leisure, luxury and performance pontoon boats with a persistent emphasis on excellence has made our name synonymous with quality, service, performance, and design. Manitou has something to offer every budget, lifestyle and desire on the water. These performance pontoon boats with V-Toon® Technology have redefined what a pontoon boat is capable of in terms of speed, acceleration and handling. Think tritoon pontoon with an ingenious twist—instead of building all three toons to uniform size, we made one toon larger, dropping the 27” center tube below the outer tubes. This provides the optimum 5.25″ differential. We then fitted the tubes with strategically engineered positive angle lifting strakes. Find Manitou Pontoons in the Lakeside Motor Sports / Nelson’s Speed Shop booth #102.

Tahoe Pontoons — Founded in 1972, Tahoe operates in a 120,000-square-foot manufacturing facility located on a 25-acre site in Alma, where 235 employees make about 2500 boats per year. The company is a vertically-integrated builder, where every part of the finished product—the framing, pontoons, furnishings and more—is manufactured to order using the latest equipment and technology. Find them in the Murray Lake Marina booth #106.

Tiara Yachts — Founder Leon Slikkers began his boat building career with Chris Craft, before launching the Slickraft in the 1950s in Holland. This motor-powered boat manufacturer was bought out in September 1969 by the New York-based American Machine and Foundry (AMF). Slikkers maintained his position as president for a few years, before founding S2 Yachts in February 1974. Slikkers’ sons soon joined the business and they began rolling sailboats off the lot. By 1976, Leon decided it was time to expand the business and luxury motor yachts became a focus and the Tiara Yacht line was born. Tiara’s lineup consists of Tiara Yachts from 39 to 53 feet and Tiara Sport, which was developed in 2018 as outboard powered sport models from 34 to 43 feet. Find them in the Skipper Buds display, booth #320.

A West Michigan tradition since 1946, the Grand Rapids Boat Show – Michigan’s longest running boat show – draws nearly 30 dealers with the newest and best watercraft from some 100 manufacturers (and collectively more than 400 boats). Bigger and better than ever before, attendees will find five (5) acres of boats filling the main convention center plus expansion into the Steelcase Ballroom. The 77th Annual Grand Rapids Boat Show is one of 14 consumer expositions produced by ShowSpan Inc., in Grand Rapids, Michigan. Founded in 1945, ShowSpan – a Studio C Company – is the largest producer of consumer shows in the Midwest.

PARKING:    There is plenty of close by parking – beneath DeVos Place, across the street and connected by skywalk. For more information, click here.

Take the complimentary trolley…just park in the Dash Lot Area 9 on Seward ($2 total) and hop aboard the Trolley which will be making runs on an 8-minute loop for an hour before the show opens to an hour after the show closes each day.