Taking a bite out of Dumpling history By Chef Angus Campbell

Taking a bite out of Dumpling history 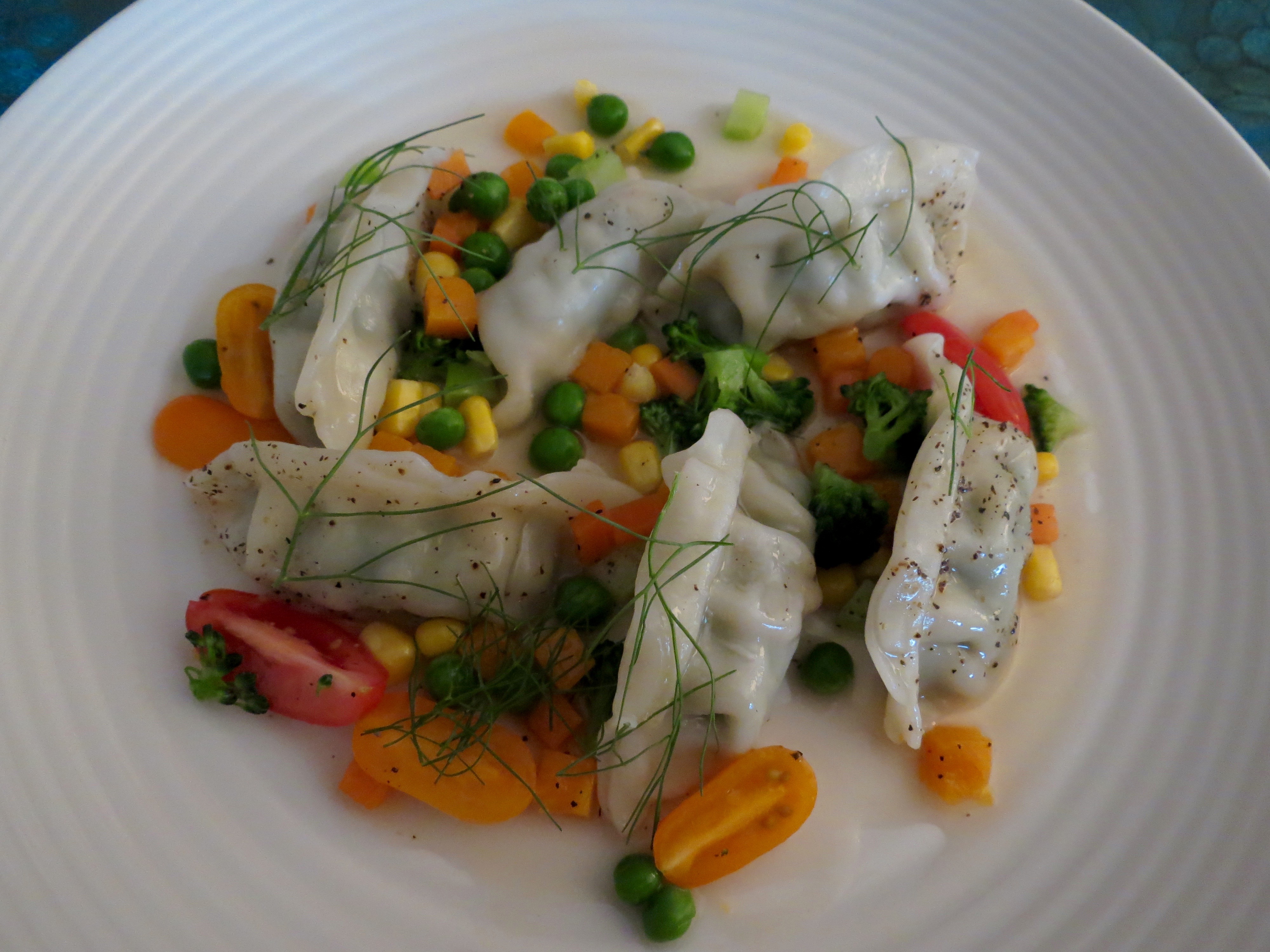 The humble dumpling is a truly delightful and universal food which has been comforting humans around the world for centuries. From Indian samosas, Chinese pot stickers, Brazilian empanadas and Polish pierogies, it is safe to say that there are few cuisines without one of these wrapped steamed or fried nuggets of goodness.

The history of the dumpling dates back to ancient times with recipes appearing in ancient Roman and Chinese texts. One of the first known recipes for dumplings appeared in Apicius, a Roman cookery text. Just as with the invention of bread, it is likely that the dumpling arose independently in differing cuisines, they were possibly created as a necessity to extend the meager meat ration, hence helping to feed more people. A small amount of meat or chicken would certainly not feed a family of four to six people, but mix it with potatoes, cabbage and root vegetables and then wrap it with a substantial sheet of dough, it would feed a very hungry family.

According to one legend, the Chinese dumpling was created by a man called Zhang Zhongjian. He was a leader during the Han dynasty and created them to fend off frostbite during a particularly cold winter. He wrapped some pounded meat in scraps of pastry and shaped them like little ears. After poaching them he served them very hot to his villagers who had been suffering from frostbite particularly around the extremities of their ears. No word if it helped with the frostbite.

Each international dumpling has its own particular dough and the ingredients of that dough vary with cuisines, they do all seem to have elasticity as a common factor, a very important quality when shaping the dough around a filling. Forming the innumerable shapes takes great skill and dexterity and during a trip to Xian China I was treated to a 24-course dumpling dinner. Each dumpling technique used for the dinner formed a unique shape, some were flowers, some were representations of animals, all were extremely difficult to master. The agility with which the girls worked on the dumpling process was fascinating, and we were informed that it took them years to master all of the shapes. These stuffed dumplings can be either poached in water or rich broth, deep fried or pan fried in oil, or a combination of poaching and frying. Accompanying sauces are either served aside or tossed in with the finished dumpling.

Some dumpling classifications do not contain meat but are made from starches like stale bread, flour, eggs or sometimes ground cornmeal. They tend to be cooked along with meat during its final cooking stages. German bread dumplings, Scottish soda dumpling, Swiss spaetzle, South African melkkos and, of course, the American dropped dumpling, all fall loosely under this dumpling family.  Probably the most famous splinter grouping in this style are the Italian gnocchi, although recent menu styling has promoted regional dishes bringing dumplings back into the limelight such as the famous southern American dish “chicken and dumplings”.

Dumpling preparation and cooking is a wonderful group party food, simply prepare the doughs with a variety of fillings and encourage your guests to wrap their own dumpling. Apply simple methods of cooking and prepare a host of interesting dipping sauces, that is a party in the making. I have found local hard cider a really good universal dumpling accompaniment, light fruity wines and cocktails also go perfect with this most ingenious of human inventions.

You are invited to learn more about dumplings by watching Chef Angus on the Meijer Food Stage throughout the 12th Annual Grand Rapids International Wine, Beer & Food Festival:

A City and Guilds Master Craftsmen, with over 40 years of experience, Chef Angus Campbell was born and raised on the Isle of Lewis, Scotland. 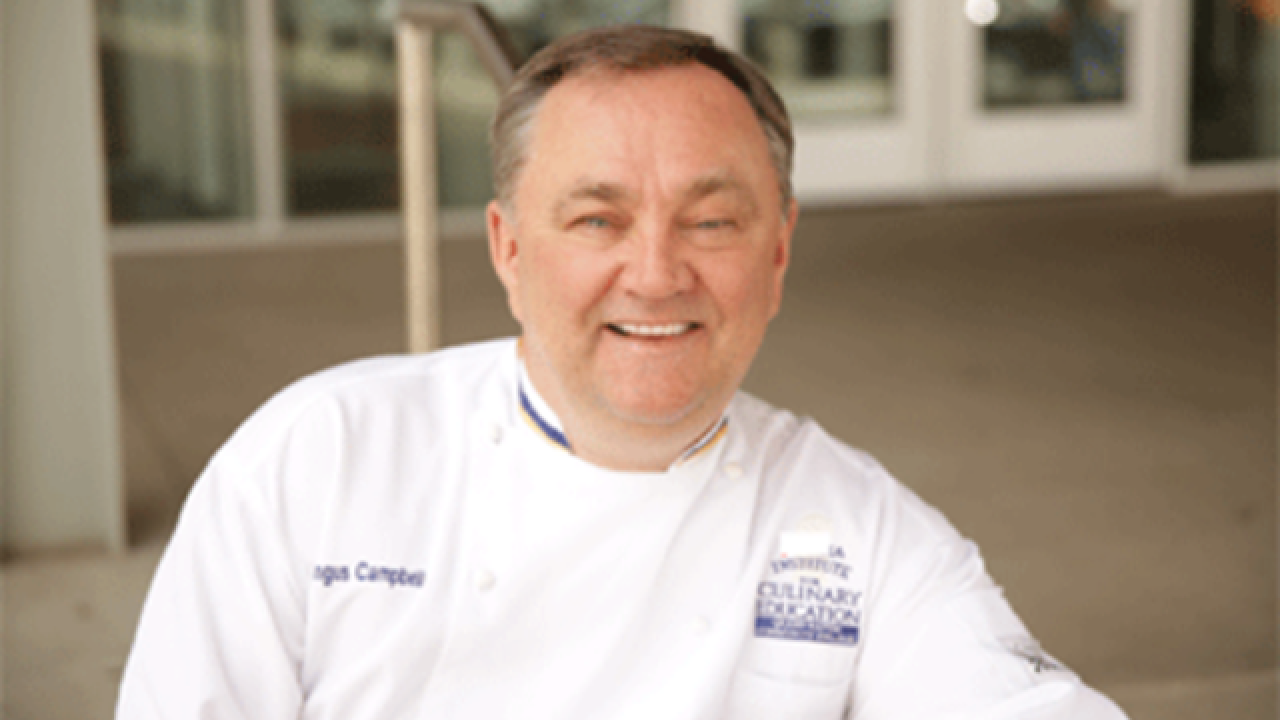 Beginning his professional career, Chef Campbell worked at the Bahamas Hotel Training College where he became the Department Chair for their Culinary Arts Department before moving to Grand Rapids where he taught food production at the Hospitality Education Department at their acclaimed public restaurant ‘The Heritage.’ He has won medals at many levels of food competitions and is an accomplished junior culinary team coach. He produced a 12-part series on Italian and Scottish cuisine on location for WZZM TV13 and his production of a monthly cable TV show recently won a national bronze medal at the Paragon Awards. In 2017 an episode of the “Cooking with Angus” Italian Scottish series won an Emmy from the National Academy of Television Arts and Sciences Michigan Chapter. His years in the culinary field has taught him the importance of keeping food as natural and simple as possible and allowing ingredients to speak for themselves. He continues to consult for local, national and international companies on a variety of culinary topics.