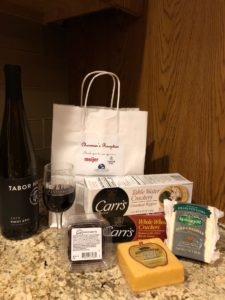 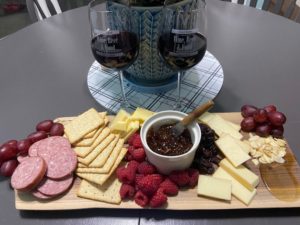 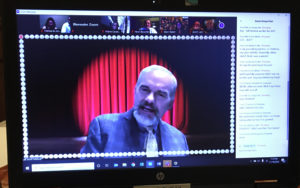 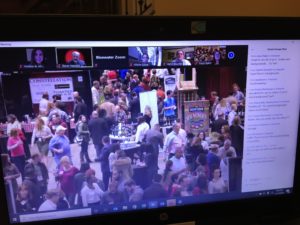 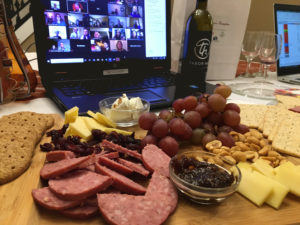 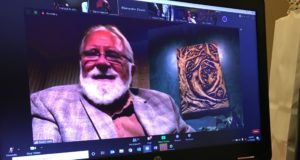 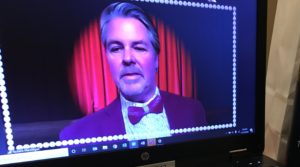 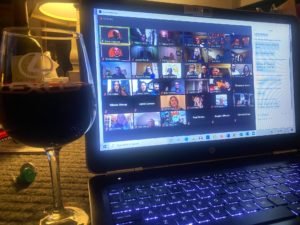 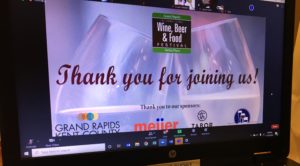 Click on this link to watch the Zoom Award Presentation:

(GRAND RAPIDS, Mich) – Each year, the Grand Rapids-Kent County Convention/Arena Authority (CAA) presents an award on the Opening Night of the Grand Rapids International Wine, Beer & Food Festival to an outstanding individual or organization that has played an integral part of the establishment and growth of the event. Although this year’s festival was postponed due to the COVID-19 pandemic, organizers felt compelled to still present an award to a dedicated and long-standing visionary and leader of this event – named in 2019 by Forbes magazine as one of a dozen “Fall Wine Festivals in North America You Don’t Want to Miss.”

Henri Boucher, ShowSpan Vice President and Festival Producer, is the honored recipient of the 2020 Chairman’s Award. He is one of a handful of industry leaders from Grand Rapids who have been involved in the Festival since well before the first public event in 2008. Three years in the making, the Festival was brought to fruition in part due to Henri’s passion and diligence in creating and developing a world-class event in the heart of West Michigan. 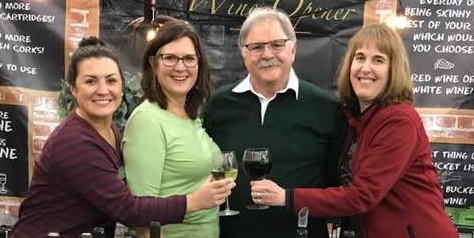 “Henri is a driving force in the success of the Grand Rapids International Wine, Beer & Food Festival over the last 12 years, and certainly pushed through many challenges with the launch of the event,” says Dawn Baker, Festival Manager. “Today the Festival’s impact far exceeds the initial vision due to the ‘team effort’ by original visionaries like Henri.”

That first year, some 8,000 individuals attended the three-day Festival and by year two, attendance grew by 30%. In 2019, a crowd of more than 20,000 people attended this one-of-a-kind event.

“Grand Rapids is the perfect community for this event,” Henri said in 2012 after another record-breaking Festival was in the books. “It is large enough to support it with interested people; it is an emerging dining and entertainment destination for the region; and yet small enough that most attendees run into friends in every aisle. We truly love working on an event that is so well received.” Four years later, Henri said “We received so many compliments from visiting industry participants from across the nation on what an excellent Festival this is.”

Over the past 11 years, the Festival grew not only in terms of attendees but also with the number of exhibitors, sponsors and overall square footage inside DeVos Place – including the Steelcase Ballroom, River Overlook, Grand Gallery and Exhibit Hall C (more than three acres or 120,000 square feet) of tasting experiences. In recent years, the Festival has featured more than 1,800 beverages and dozens of restaurants, as well as educational and entertaining workshops and demonstrations presented by leaders in the culinary and craft beverage world. It was with Henri’s leadership that such growth can be attributed.

“Henri is a veteran ShowSpan team leader who possesses vision and creativity,” says John D. Loeks, ShowSpan President. “Henri can be counted on to make a good show even better and improved every year.”

A native of Chicago, Henri was a high school (baseball and football) and college (lacrosse) athlete, graduating from the University of Illinois in Champaign with a degree in accounting. He later passed the CPA exam and worked four years in a commodity trading office in the Chicago Board of Trade. Little did he know that when he left to become the Michigan sales representative for a distributor of fishing, hunting and marine products that it would lead him to managing a series of nationally recognized consumer shows.

In 1989, Henri joined ShowSpan when John D. Loeks and Mike Wilbraham were producing just two shows in Grand Rapids and one in Pontiac at the Silverdome. They immediately grew to six shows, including an RV show and Home Show at the Silverdome and the 10-day Milwaukee Boat Show. Today, ShowSpan produces 14 shows, all except the Festival within the first quarter of the year. Henri is directly responsible as producer for 7 of those events.

“For over 30 years, Henri has been producing shows, sometime with brute force, sometimes with great subtlety. He lit into the Grand Rapids International Wine, Beer & Food Festival, a whole new kind of event, with energy and imagination,” says Mike Wilbraham, ShowSpan Vice President. “This outrageously successful event that we all know is a testimony to his skill of finding ways to make every participant benefit.”

While this year’s Festival was postponed due to the COVID-19 pandemic, organizers felt it was more important than ever to continue the tradition of presenting the Chairman’s Award to give people something to celebrate and to make sure everyone knows the event will be back bigger and better next year.

“I’m thrilled to have had the opportunity to host the annual Chairman’s Reception this year,” said Steve Heacock, Chairman of the Grand Rapids-Kent County Convention/Arena Authority. “Even though we weren’t able to gather in person, it was great to see everyone’s smiling faces virtually and to make a toast to Henri Boucher, who is a true partner of the CAA and our venues…not just through the Wine, Beer & Food Festival, but a wide variety of consumer shows dating back to the old Grand Center days.”

“Henri’s hard work and dedication play an integral role in the success of the Wine, Beer & Food Festival every year,” continued Heacock. “Honoring Henri and his continued commitment to the Festival is long overdue and I’m happy to have had the chance to recognize him at the reception this year. We look forward to the Festival’s return in 2021 when we can gather together once again.”

Henri and his wife, Bea, have been married since 1981 and have two children – Emily and Andy, and four grandchildren. While they live in Grand Rapids, they always enjoy escaping to their cottage on Glen Lake in the heart of the Sleeping Bear Dunes National Lakeshore where Henri relaxes and enjoys time fishing.

DeVos Place Convention Center is owned and operated by the CAA, a Michigan statutory authority, which is governed by a seven-member board of directors appointed by the County of Kent, the City of Grand Rapids, Michigan and the private sector. In addition to DeVos Place Convention Center, the CAA owns and operates DeVos Performance Hall and the Van Andel Arena. Kent County and the City of Grand Rapids established the CAA to encourage economic development and job creation in downtown Grand Rapids. The CAA has contracted with ASM Global, a private management company, to run day-to-day operations of the facilities.

This year’s virtual Chairman’s Award was made possible thanks to these sponsors: