Music at the Festival 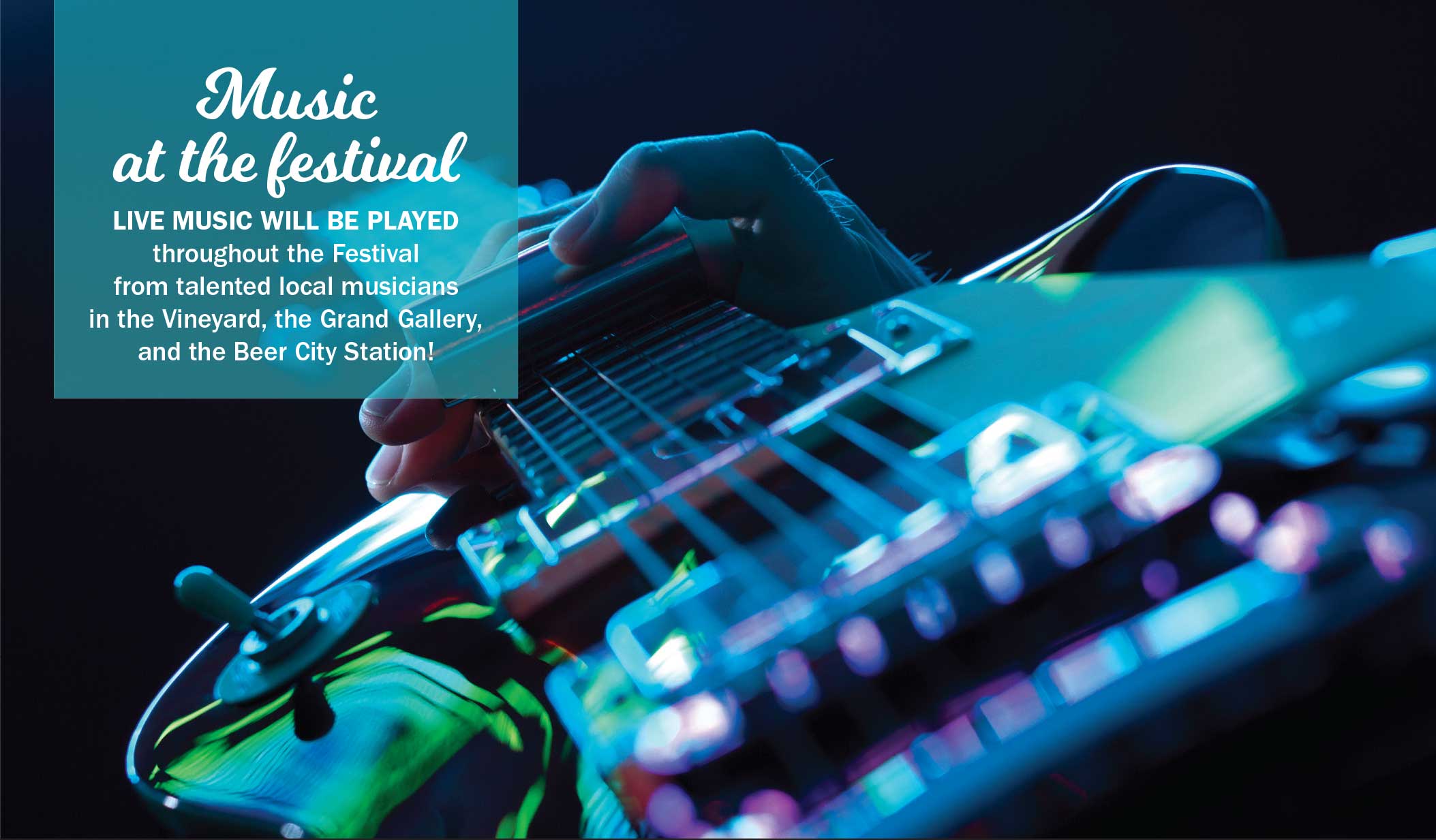 Blushing Monk Formed in 2017 under band leader Dutcher Snedeker, this group has performed at various West Michigan venues and festivals, including GRandJazzFest 2017, West Michigan Wine and Jazz Festival 2018, and Willowsong Music Festival 2018. The members include many Masters and Bachelor’s recipients from prominent Michigan jazz education programs at WMU and MSU, who are all active, freelance performers around the state. Blushing Monk’s debut, self-titled EP was released in the August 2017 and was nominated for “Best Jazz Album” and “Best Album by a New Artist” at the 2018 WYCE Jammies Awards. The release continues to receive airplay on WGVU, Blue Lake Public Radio, WYCE, Localspins, and Michigan Public Radio. To kick off 2019, the group performed at Founders Taproom for their Blushing Monk beer release weekend. For Fall 2019, Blushing Monk is set to release their debut record, with new songs composed by Dutcher Snedeker and remastered originals from the first EP, in digital and CD format.

Third Coast Gypsy Jazz plays the music of The late Belgium born Romani Gypsy, Django Reinhardt & His band, The Hot Club Of Paris 1930’-1940’s. Think Louis Armstrong with a French Accent. His music is steeped in tradition of a rich culture from Europe and blended with Swing era Jazz. Third Coast was founded by guitarist Stephen Plummer who’s love for this music led him to reach out to study and play with musician & Gypsy Jazz educator Denis Chang, and later the Manouche Guitarist Favino Lorrier who hails from the Legendary Lorrier & Schmitt family. A family of Gypsy musicians in France that are direct disciples of Django’s music. Third Coast has shared the stage with Frank Vignola, Denis Chang, & 2020 Jimmy Grant Trio.Their Music “is steeped in a tradition of a rich culture from Europe. The concert makes for an excellent evening of stories and music that conjure thoughts of French Cafe, or traveling Europe in Caravan’s, to dancing to Hot Jazz Of The pre/post war era.

A League of Our Own – Hailing from Grand Rapids Robert Pace, bass player, is joined by Paul Lesinski on keys, John Gist and Hugh DeWitt, both on Saxaphone and Mark Weymouth on drums. This group presents smooth jazz with a twist on funk.

The Jake & Jimmy Band has been a part of Beer City Station for several years now. The quartet’s eclectic and fun mix of blues and R&B standards, sprinkled with some new takes on classic and alt-country tunes provides an entertaining backdrop for your beverage sampling.

Valentiger From Midwestern landscapes of Michigan, and the vinyl collection of parents’ basements, are Valentiger.”Carefully crafted and effortlessly orchestrated, Valentiger’s collective confidence is as deserved as it is tongue-in-cheek. Their infusion of wit and humor with an enlightened cultural outlook creates a product as reflective of their individual personalities as it is cloaked in surprising wisdom.” -Joey Basch, Founders Brewing Company

Need to recharge? Take a break at the RendezBREW seating area located in the Grand Gallery

while enjoying music from talented musicians.