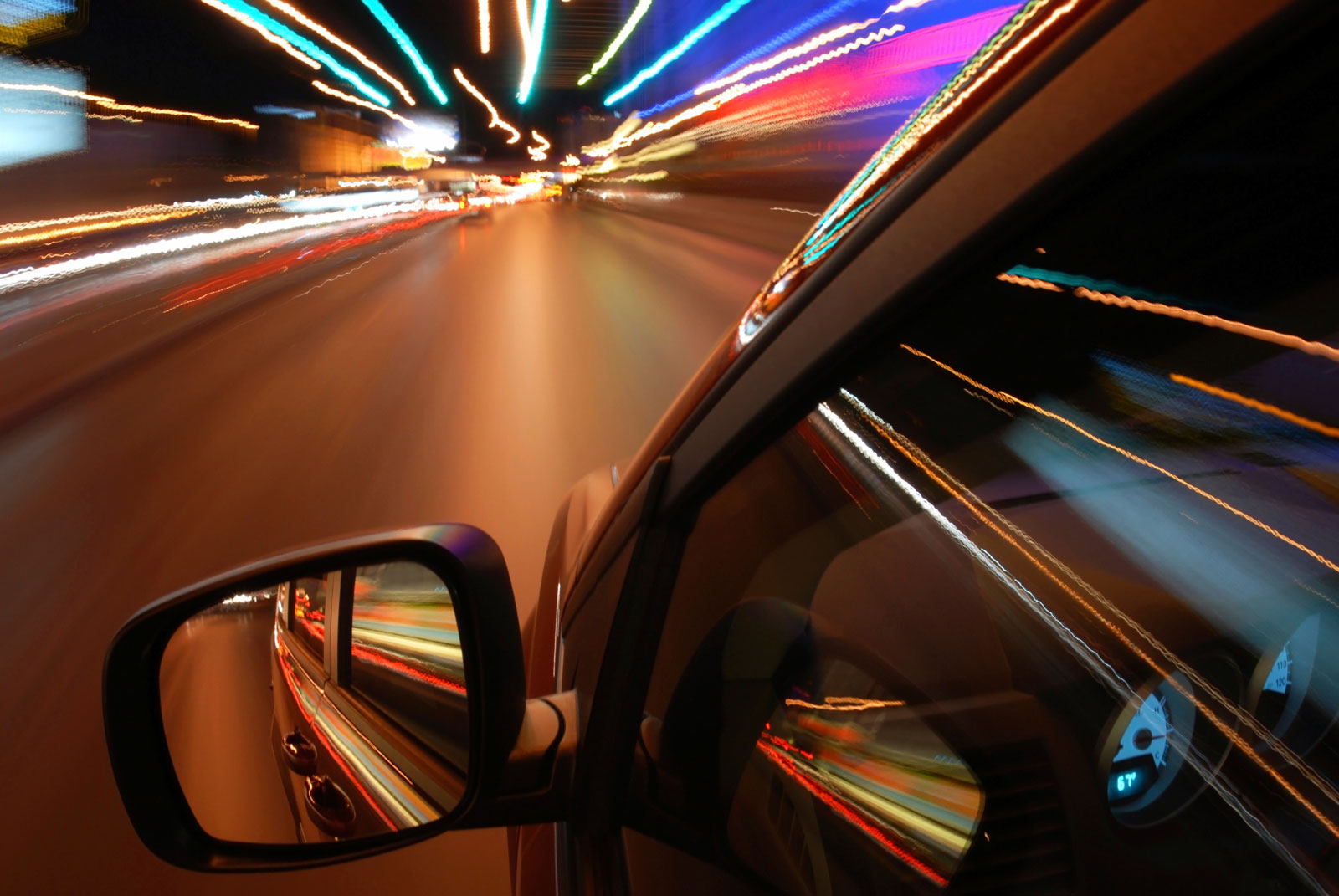 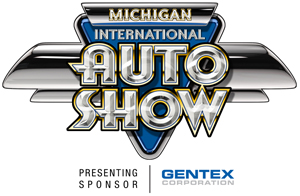 Gilmore Car Museum Focuses on the Family Station Wagon at

GRAND RAPIDS, Mich — As the auto industry continues to move away from the production of passenger sedans and shifting to larger SUVs and Crossovers, it may be time to review where such vehicles have come. The Gilmore Car Museum—North America’s Largest Auto Museum located just one hour south of Grand Rapids in Hickory Corners—has once again brought the Michigan International Auto Show (January 30-February 2, 2020) an impressive collection of automotive history.

In the Main Entrance Gallery of DeVos Place, right across from the ever popular “Million Dollar Motorway,” the Gilmore Car Museum has assembled a group of vintage vehicles that are sure to please everyone. From utilitarian, comical, nostalgic and stunning, the entire display is a celebration of the Station Wagon.

Many believe that Station Wagons were part of the evolution from the sedan to SUVs and Crossovers. In fact, pop culture writer Charles Moss put it this way in The Atlantic: “Were it not for the Station Wagon, which allowed consumers to have it all—utility, style and drivability . . . SUVs and even Crossovers might not enjoy the popularity they do today.”

This year’s display by the Museum also pays homage to the largest expansion in its more than half century history: a 25,000 sq. ft. addition that nods to American Muscle Cars coming in 2021. A uniquely 1970s auto dealership building will become the newest representative on the Museum’s historic “dealership row” which includes Franklin, Ford, Cadillac and Lincoln. One of rarest muscle cars in existence has also been given a prominent position within Museum’s display at the Michigan International Auto Show, and—you guessed it—it’s a Station Wagon!

1919 Ford Model T Depot Hack
Station Wagons can trace their history back to the time of horse and buggy when long distant travel was done by train. A horse-drawn hack or wagon was used to transport passengers, luggage and cargo to and from train depots (aka railroad stations), and thus grew the terms “Depot Hack” and “Station Wagon.”

In the early days of the automobile some would forego their horse and attach the once horse-drawn wagon’s body onto a car frame. Customers soon began purchasing bare car chassis and hiring companies to customize Depot Hack bodies, which is how this 1919 Ford Model T was constructed. In 1923, the short-lived Star Motors was the first to offer a factory-built Station Wagon. Ford Motor Company, producer of the world’s best-selling car at the time, didn’t begin to offer a factory Station Wagon until 1929.

At the time, the wood used in all Ford vehicles was actually harvested, milled and assembled at Ford Motor Company’s Iron Mountain, MI forest facility. Never wanting to leave a potential profit behind, Henry Ford required that all production wood scraps, sawdust and waste was repurposed into charcoal lumps that he could sell to meat and fish smokehouses. Ford was an avid camper and by the mid-1930s began offering “Picnic Kits” through the company’s Dealership Parts Departments complete with portable grills and what he called “Ford Charcoal Briquettes.” During World War II the name was changed from Ford to “Kingsford” and the product line was later sold to investors. Today, Kingsford remains the nation’s best-selling cookout charcoal and families still enjoy camping and vacation travel.

1948 Packard Four-Door Station Sedan
The Packard Motor Car Company produced its first automobile in 1899 and was soon firmly established as one of America’s leading luxury auto manufacturers. Packard continued to produce luxury cars until 1958 when they went out of business.

While most people refer to this car as an iconic Woodie (Woody) Wagon due to the wooden body parts, Packard referred to this body style as a more dignified “Four-Door Station Sedan.” The model was offered only in Packard’s Standard Eight series and was discontinued after the 1950 model year.

1948 Crosley — Favorite of Practical Jokers!
By 1939, Powel Crosley, Jr. had already made a fortune manufacturing inexpensive Crosley radios and refrigerators “for the masses” when he decided to enter the auto industry. His tiny, no-frills economy cars were marketed through hardware and appliance stores that already sold his products and were designed to fit through their standard 48” commercial doors.

Car production was interrupted until the end of World War II, but the venture only lasted until 1952. Station Wagons were their most popular model, but sedans, pickups, and convertibles were also offered. The diminutive cars were often the butt of many practical jokes.  Groups of high school students were known to pick them up from the parking lot and place them elsewhere—such as the school’s steps or even the roof!

1950 Chevrolet Styleline Deluxe Station Wagon
The wood-bodied Station Wagons or “Woodie (Woody) Wagons” manufactured in the late 1940s through the early 50s will forever be associated with the iconic “Surf Music” of the 1960s. In 1950, Chevrolet dropped all wood paneling on their wagon and replaced it with steel with a wood grain finish. Sales exploded to nearly 170,000 of the cars affectionately known as “Tin Woodies,” far surpassing the mere 2,700 sold in 1949.

1956 Pontiac Star Chief Safari Wagon — Corvette Inspired?
Both the Chevrolet Nomad and the Pontiac Safari were limited edition, top-of-the-line two-door wagons based the 1954 Motorama Corvette concept car. Built and appointed more like a hardtop sedan than a typical Station Wagon, the Safari had many more luxurious accoutrements than the Nomad and nearly all options were included as standard. The car was Pontiac’s most expense at $3,100 and least produced vehicle for 1956 at only 4,000. Still, the company promoted it as “True fine-car luxury and appointments for Pontiac’s low price.”

1957 Buick Century Caballero Wagon
The TV Western—Gunsmoke, Tales of Wells Fargo, and Wagon Train—and Station Wagons such as this 1957 Buick Estate Wagon were staples of the typical 1950s family life. Buick actually offered three levels of their Estate Wagon that year: their Special Series; the Riviera hardtop; and the top of the line Century Caballero—Spanish for “Horseman.”

1972 Hurst / Oldsmobile Vista Cruiser — A Muscle Car Wagon?
Eric and friends from TV’s That 70s Show would certainly have preferred this ultra-rare, high horsepower version to the family’s Vista Cruiser.

Yes, the Gilmore Car Museum is displaying an authentic 1972 Hurst/Olds Indy 500 Vista Cruiser pace car—the only one known to exist today. So, when we say one of rarest muscle cars in existence has been given a prominent position here at the Michigan International Auto Show, it is no stretch.

Indy 500 fans have likely heard about the 1971 near fatal crash of the official pace car when it slammed into the scaffolding elevating the press and photojournalists. It’s an event that likely caused corporate attorneys to hyperventilate and ultimately left the 1972 running of Indy 500 with no auto manufacturers willing to provide pace cars.

Enter George Hurst of Warminster, PA, builder of the legendary Hurst transmission shifters and of customized performance cars such as the “Hemi Under Glass” and the Hurst/Olds 442.

The official 1972 Indy 500 pace car became a 1972 Hurst/Olds 455-powered Cutlass convertible. Hurst also supplied a few Hurst/Olds 455 ci/270 hp V8 Vista Cruiser Station Wagons for official track use, each decaled, somewhat appropriately, as “Medical Director,” “Press” and “Photographer”. It may surprise you to know that George Hurst also invented a device intended for use during race track crashes but became a staple for emergency service vehicles worldwide—the Jaws of Life!

1989 Chevrolet Caprice Custom Estate Wagon
This example of the iconic 1980s Station Wagon may inspire several memories from nostalgic to embarrassment: fun family road trips, sitting in the back doing childish antics while facing oncoming drivers, or teenage dread, knowing such a hand-me-down would become your first car. The production of the last American full-size Station Wagons—the Chevrolet Caprice and the Buick Roadmaster—were discontinued in 1996.

A replica of the “Family Truckster” from National Lampoon’s Vacation sold for over $100,000 at the Barrett Jackson auction just last year. Now who should feel embarrassed?

Founded in 1966 in Hickory Corners, the Gilmore Car Museum – North America’s largest auto museum — is nestled on a 90-acre, park-like setting less than an hour south of Grand Rapids. The ever expanding, world-class museum is considered one of the top car museums in the nation and is truly one of Michigan’s hidden treasures. Celebrating its 53rd year, Gilmore Car Museum is open year-round and is host to a variety of car shows, special events and a popular Lecture Series.

The 22nd Annual Michigan International Auto Show, hosted by the Grand Rapids New Car Dealers Association, is one of 14 consumer expositions produced by ShowSpan Inc., in Grand Rapids, Michigan. Founded in 1945, ShowSpan – a Studio C Company – has grown to be the largest producers of consumer shows in the Midwest.