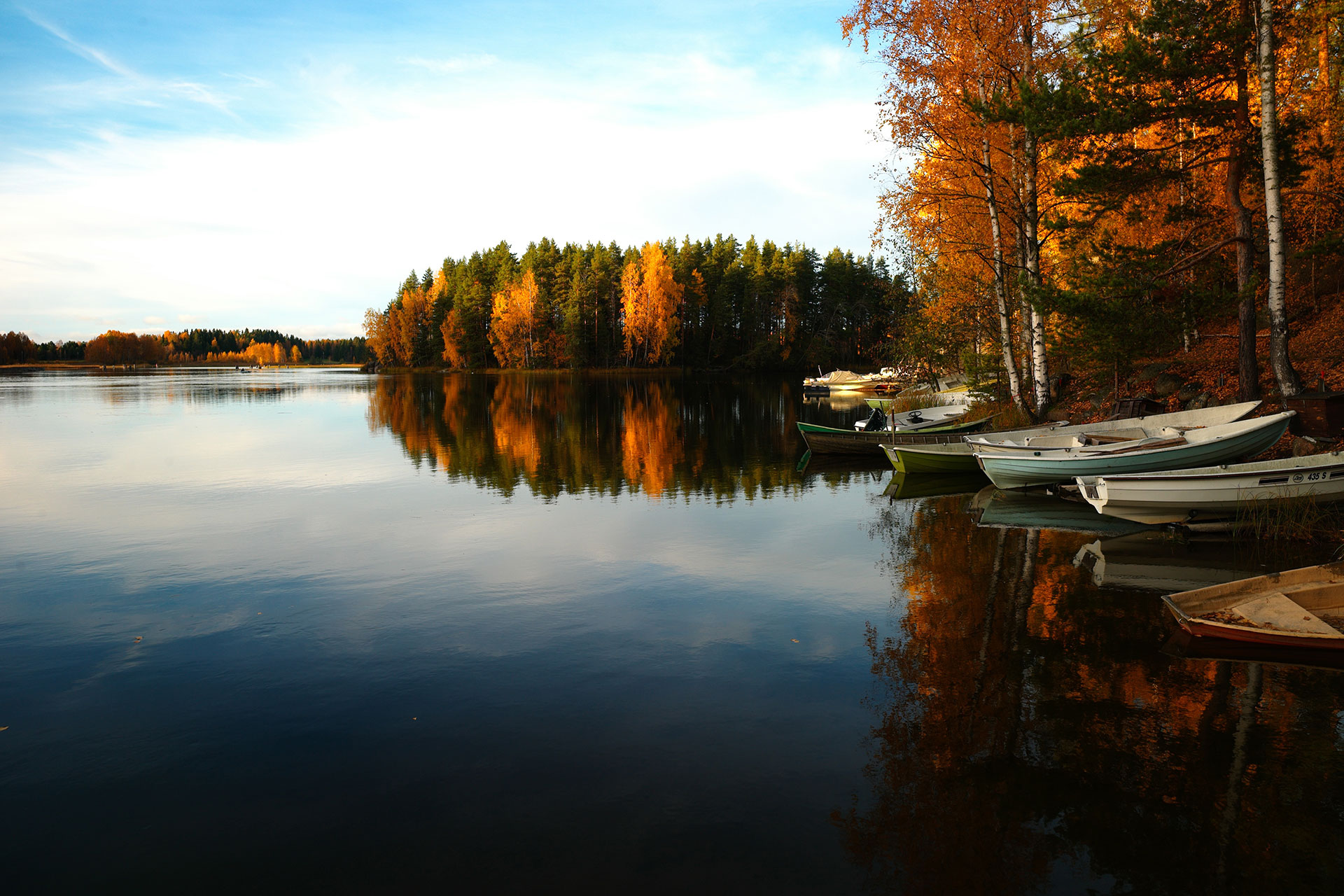 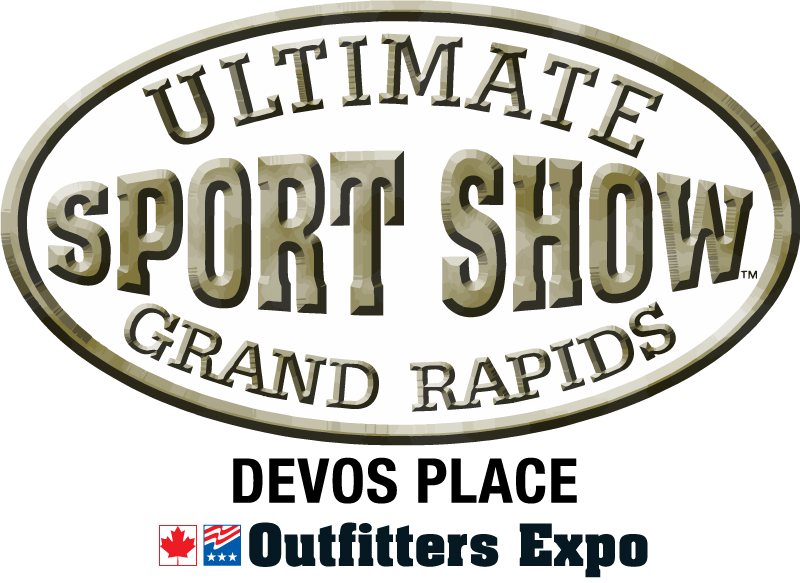 Apply NOW for Your Space in the Ultimate Sport Show:

Open the application PDF by clicking the image to the left. Then print it, fill it out and send to ShowSpan with the payment required. You can send your application and payment either electronically by scan and email (benn@showspan.com), fax (616-447-2861) or snail mail (ShowSpan, Inc. 2121 Celebration Dr NE Grand Rapids, MI 49525). We will contact you when we receive your application to discuss acceptance into the show and available booth space.

Click the arrow below to view. The following Rules and Regulations will govern the show and are made a part of this contract for exhibit space between ShowSpan Incorporated* (Show Management) and the person, partnership or corporation (Exhibitor) engaging space.
Click Here for a PDF version.

1. Character of Exhibits. The Exhibitor agrees to display only new products or services sold in the regular course of business and as described in this contract. Each exhibit must comply with all applicable laws, codes and ordinances. Exhibits shall be dignified in character and, in the judgment of Show Management, not offensive to the general public. The Show Management reserves the right in its sole discretion to reject and/or remove any exhibit or portion of exhibit not in keeping with this rule or purpose of the show.

2. Subletting of Space. Exhibitors shall not assign, sublet, or apportion any exhibit space to another Exhibitor in whole or in part. Any successor or assignee of Exhibitor shall have no right to exhibit without the express written consent of the Show Management.

3. Deposit Money. All deposit money shall be retained by the Show Management in the event the Exhibitor fails to complete payment, violates the contract, or withdraws from the show. All uncollectable checks will be subject to a $25 service charge.

4. Payment for Exhibit Space. If payments are not made on a timely basis, Show Management shall have the right to do one of the following: (a) Terminate the contract; (b) Reduce the size of the exhibit space; or (c) Collect the contracted amount.

6. Removal of Exhibits. Exhibits must be removed within 18 hours after show, or as otherwise directed. Exhibits will not be permitted to leave the facility at any time after installation until the final closing of the show, unless special permission in writing is obtained from the Show Management. No goods exhibited shall be removed from the facility until all bills accruing against the same have been fully paid or credit approved by the Show Management. In case of attachments or other legal proceedings, the Show Management shall have the right to take charge of exhibits. If not timely removed, the Exhibitor shall pay all fines, charges and expenses that are incurred, not less than $700 per day to ShowSpan, Incorporated* for each day or part thereof the Exhibitor’s equipment is not removed by the Exhibitor. The Show Management shall have the right to remove the exhibit if Show Management, in its sole discretion, deems that removal be necessary. In such case, no liability for any damage will inure to Show Management; the sole negligence in such case being that of the Exhibitor. The cost of storage shall be the Exhibitor’s expense.

7. Sound Control. Loud speakers, radios, television sets, or the operation of any machinery or equipment which, in the opinion of the Show Management, is of sufficient volume as to be annoying to neighboring exhibitors, will not be permitted.

9. Signs. Except with the permission of the Show Management, all signs shall remain within the Exhibitor’s space, and must be designed and constructed so as not to detract from adjacent exhibits.

10. Height of Display. Exhibitors may install, or have installed at their own expense, special signs, display counters, shelving, and similar items, not to exceed 8 feet in height at rear of booth, plus, with Show Management’s permission, a maximum of 2 feet for sign. The sides of any such displays exceeding 4 feet in height may not extend toward the aisle more than one-half the depth. The backside of any display extending above the side or back dividers must be covered to the satisfaction of the Show Management. Bulk exhibit space shall have no dividers, except at Show Management’s discretion.

11. Fire Hazards. Explosives and inflammable materials which conflict with the Insurance Underwriting or Fire Department must be excluded. The City Fire Department prohibits the use of paper, crepe paper, or corrugated papers, and cardboard that has not been flame proofed for decoration of exhibit booths. All cloth drapes or table covers must be treated for fire resistance. All boats and motorized vehicles must have fuel tanks sealed and batteries disconnected. The Fire Marshal may require fuel tanks to be drained and purged. All exhibits must be in compliance with ordinances and laws of the City and the State in which the Show is held.

12. Fire Marshal/Facilities Management Approval. Space assignment is subject to Fire Marshal and Facility Management approval of the floorplan. If said approval is not obtained, Exhibitor shall only be entitled to the return of a deposit pro rata to the exhibit space, which cannot be used.

13. Service. All services, equipment, electricity, furniture, and furnishings provided to the Exhibitor shall be paid for by the Exhibitor and shall normally be obtained through the independent service contractor designated by the Show Management.

14. Motorized Vehicles. Absolutely no motorized or self-propelled vehicles will be permitted in the aisles after one hour before the Show is to be opened to the public. Appropriate exceptions will be made for the person with disabilities.

15. Insurance and Liability. Neither Show Michigan Corporation (“SMC”), its subsidiaries, affiliated companies and their officers, directors, agents and employees, nor the Owner of the facility, and their representatives will be responsible for any injury, loss or damage that may occur to the Exhibitor or to the Exhibitor’s employees or property from any cause whatsoever, prior, during, or subsequent to the period covered by the exhibit contract, and the Exhibitor upon signing the contract expressly releases the above-named entities and individuals from any and all claims for any and all loss, damage or injury whatsoever. The Exhibitor shall indemnify and defend (at SMC’s option) and hold harmless Show Michigan Corporation, its subsidiaries, affiliated companies and their officers, directors, agents and employees, the Owner of the facility, and their representatives or employees from any and all claims, actions, causes of actions, liabilities, damages, costs, losses and expenses (including attorney’s fees) as maybe asserted against them or incurred by them for any and all accidents, occurrences or events resulting from the Exhibitor’s acts or omissions. Liability insurance shall be procured by the Exhibitor for the benefit of itself and Show Michigan Corporation and the Owner of the facility prior to the show. Proof of insurance will be forwarded to Show Michigan Corporation. If for any reason exhibitor’s insurance policy is cancelled, exhibitor must notify Show Michigan prior to the show. Exhibits and exhibit equipment are brought into the show facilities, maintained, and removed from the show facilities at the Exhibitor’s risk. The Exhibitor’s Public Liability and Workers Compensation Policies shall embrace coverage of both the general public and employees attending the exhibit. If existing policies do not have the coverage, the Exhibitor shall instruct their insurance agent or company to attach an endorsement of the coverage. Insurance policies must be with insurers and in amounts acceptable to Show Michigan Corporation (insurers who have a best rating of A-VII or better).

16. Cleaning of Exhibit Facility. To maintain maximum floor cleanliness, Exhibitors are requested to sweep the floor of their booths at the close of each day. Debris from the booths should be swept into the aisle where it will be gathered by the show’s janitorial service.

17. Food and Refreshments. All concessions are licensed by the owner of the facility; therefore, no food or refreshments can be dispensed without the written consent of the owner or his agent and Show Management.

19. Distribution of Literature and Souvenirs. Printed advertising, souvenirs, etc., may be distributed by the Exhibitor from its space only. Any souvenir or advertising that is of an objectionable or undignified character and all helium-filled (lighter than air) balloons, will not be permitted. Souvenirs should not be of the noise-making or sticker variety. The Exhibitor must confine all sales activities to the limits of its own booth.

20. Rules of the Exhibit Facility. Rules published by the owner or operator of the building or facility in which the show is located are incorporated herein by reference and made a part hereof. Such rules will be distributed upon request.

21. Use of the Exhibitor’s Name. The Exhibitor authorizes ShowSpan Incorporated,* its agents, and employees, to use the Exhibitor’s name to promote the show and to solicit other exhibitors for this and future shows.

24. Termination. Show Management reserves the right to terminate Exhibitor’s rights under their contract in the event of a violation of this contract by the Exhibitor and retain all amounts paid in addition to any other remedies.